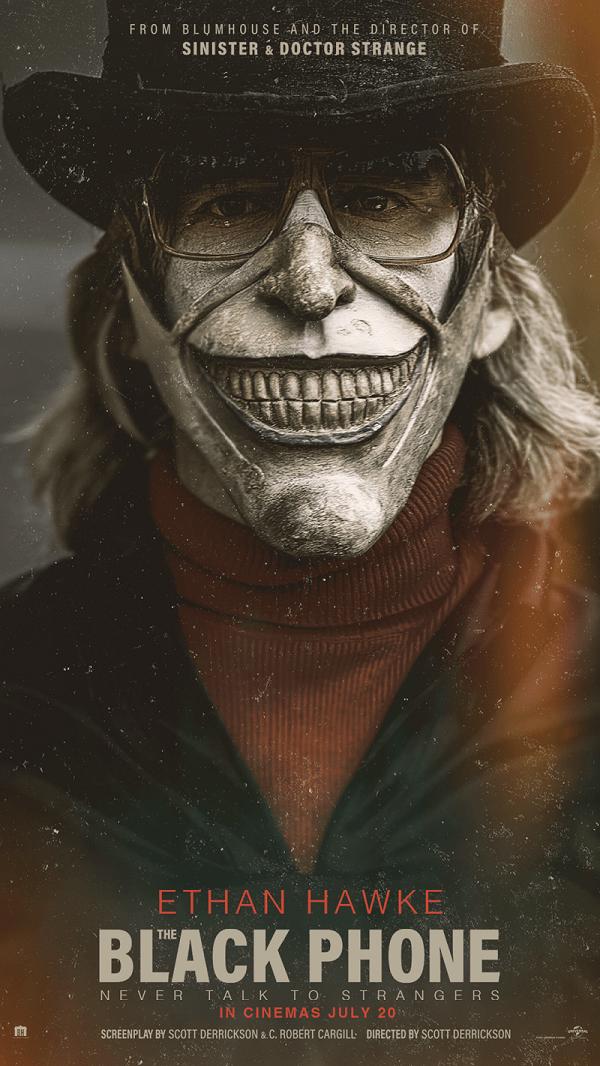 The Black Phone is a 2021 American coming-of-age supernatural horror film directed by Scott Derrickson and written by Derrickson and C. Robert Cargill, who both produced with Jason Blum. It is an adaptation of the 2004 short story of the same name by Joe Hill. The film stars Mason Thames, Madeleine McGraw, Jeremy Davies, James Ransone, and Ethan Hawke. In the film, an abducted teenager uses a mysterious telephone to communicate with the previous victims of his deranged captor.